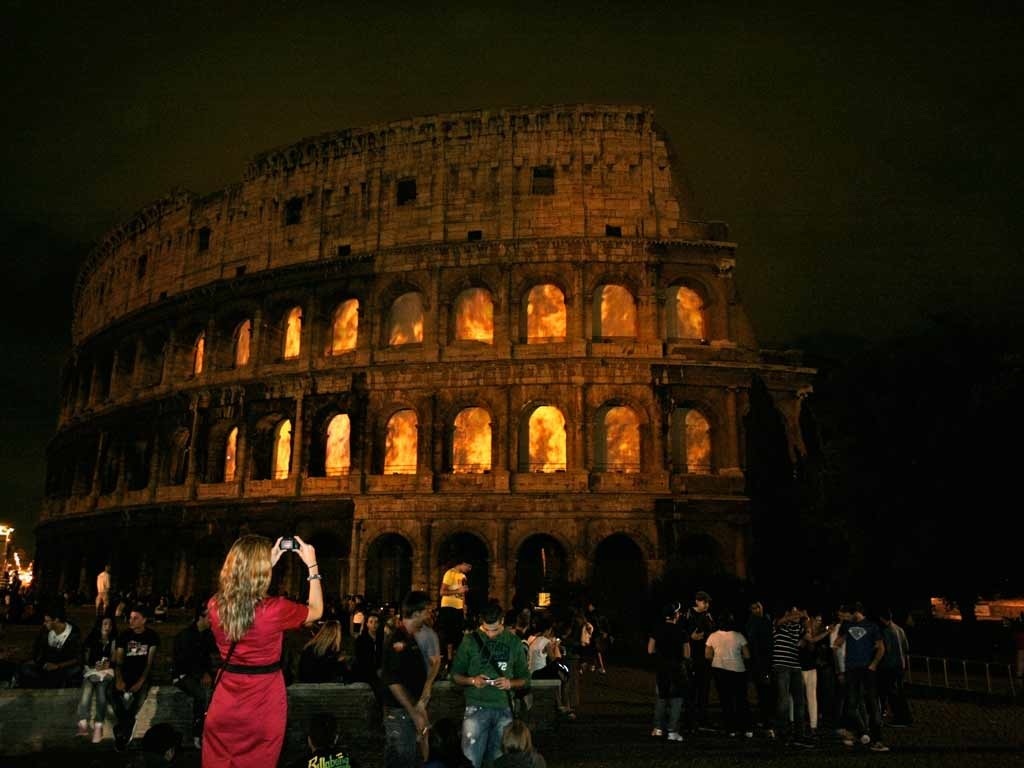 In the first decades of the twentieth century the historic avant-garde movements realized that it was possible to replace representations of objects with a straightforward presentation of them. But whoever would have believed that, in time, nature itself would then be added to them? It was in the 1960s above all that a series of genial ideas led to the use of the four natural elements: air, earth, fire, and water.

The use artists have made of fire in the development of this new aesthetic is surprising. In classical iconography fire conveyed a moral message: on the one hand, fire was an incomparably destructive element, the herald of disasters and a symbol of divine punishment; on the other hand it symbolically embodied the image of life, the essence of divinity. It was a manifestation of God who, through fire, was made perceptible to the human senses.

The French artist Yves Klein was among the first to realize fire’s potential for new art. Together with the architect Werner Ruhnau, in 1961 he created an installation, Mur de Feu. This was in Krefeld, a German town near Düsseldorf, in the garden of Mies van der Rohe’s Lange House. The installation consisted of five flames arranged in a regular grid. Another work made in the same place was Sculpture de Feu, a column of fire over three metres high. “Space is what is immaterial and limitless” said Klein, and he established walls and floors with an architecture of air and fire. The installation had a double aim: to change the concept of architectural space, by pushing to the limit’s Mies’s axiom that “less is more”, and to give the viewer to a sense of immateriality and purity which, for Klein, was art’s ultimate aim.

I have presented this very brief overview in order to establish Klein as a touchstone for Coliseum on Fire. This multimedia installation by Thyra Hilden and Pio Diaz will create an amazingly realistic impression of the Coliseum in flames. The artists’ aim is to show just how fragile and fleeting are mankind’s creations, even great buildings that are still considered symbols of eternal culture. In this sense Coliseum on Fire is a humanist project because the image of this great monument in flames cancels the manifest meaning of the Coliseum: a theatre for cruel, deathly combat for the public’s enjoyment.
Thyra Hilden’s and Pio Diaz’s Coliseum has been transformed into a visionary landscape. But once this incendiary installation has been dismantled it will no longer exist due to the vary fact that it was part of a specific architectural context: just as Klein’s installation no longer existed when a flame died down. The difference between Klein, and Hilden and Diaz, lies in the change brought about by the data transmission revolution. This is not so much because of the technological means the two artists use, but because their return to the sphere of representation and narrative demonstrates the need of post-ideological artists to feed on visionary scenes.

The Coliseum is part of the universal collective imagery: it symbolizes a civilization that has had the deepest influence. And the very fact that Coliseum on Fire is constructed from film underlines that its image is a common fantasy. But in this work, more than a building, the Coliseum is a symbol that burns because we are dealing with a representation, a fiction, and not a genuine catastrophe: once the projectors and screens have been dismantled everything goes back to what it was previously.

By alluding to the myth of the phoenix, Coliseum on Fire represents the utopia of a return to the past as the path to some future human spiritual and technological evolution. Due to the fire, the empty arches of the Coliseum record the contradictory feelings of humanity in today’s society, feelings about our spiritual ruin and our possibilities of salvation. However, as Klein said, there is a hope: “Fires burn in the heart of the void and in the heart of mankind”.